Orene Askew was pretty content with her life. She had a job, was very active, but always had some business ideas looming in her head. She decided she wanted to start her own DJ-ing business. The idea had been in her head for over 3 years, but she wasn’t sure how to pursue it head on. And then she heard about the 2011 Aboriginal BEST Program and decided to register for the classes. Orene now hosts a weekly show on Vancouver’s Co-op Radio, based in the downtown Eastside. The show, Sne’waylh, literally means “teachings” and the first 15 minutes of every program is a lesson in Squamish language. And her business, DJ O Show, keeps the dance floors hopping all over the Lower Mainland. orene_a@hotmail.com

Rachelle Bencze was a participant in the 2009 Aboriginal BEST program in downtown Vancouver.

Her business, Black Kitty Productions Inc. www.blackkittyproductions.com “is a Canadian based film, television and multi-platform production company that develops and produces unforgettable and original stories from concept to final product.”

Rachelle founded Black Kitty Productions in 2006 when she wrote, directed and produced the short films, “He Loves Me” and “Pepe”. “He Loves Me” was selected to premier at the 2006 Imaginenative Film Festival in Toronto, Ontario.

Rachelle signed on as Production Assistant for Shaftesbury Films “Murdoch Mysteries” season one and returned for season two as Production Associate. In 2009Rachelle incorporated Black Kitty Productions and is actively developing original content for multiple platforms, including film, television and www.blackkittyproductions.com

Aboriginal BEST takes off again for... 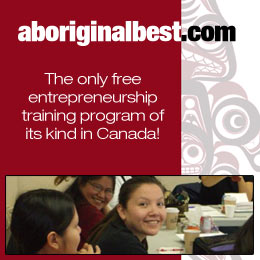 What Our Clients Say:

Bruce is an insightful writer and teacher who created a business development program which successfully engages and educates Aboriginal students in a respectful manner.

Bruce’s unique presentation style and encouragement provided a favourable learning atmosphere, and as a result many participants went on to successfully launch their own businesses.

As a first time supporter of this program, Bruce supported us all the way, well above and beyond his mandate.

Bruce has provided the necessary energy, enthusiasm and vision to make Aboriginal BEST a highly recognized success across the province. He is a tireless advocate of Aboriginal entrepreneurship.

You have the ability to engage young people interested in becoming self- employed like no one else I have seen.

As previous Chief of the Lower Similkameen Indian Band I would like to give my greatest respect for Bruce as a facilitator. Bruce is one of the best when it comes to working with First Nations. Well done Bruce!

This training helps our people become independent, working for themselves, starting their own business, and contributing to our community.

The program is well designed and it is obvious that a lot of work went into it.

Through our Micro Finance Program, Vancity has worked with entrepreneurs and those re-entering the workplace in a variety of sectors, and we appreciate the benefits of having community specific programming and a more holistic approach to conventional self employment training.  The life skills components and coaching supports offered under Aboriginal BEST are considered key factors for success for… 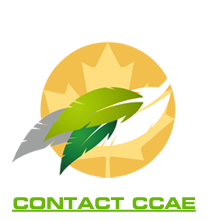